What does COVID recovery look like for the commercial aerospace industry? “I think now we all see a light at the end of the tunnel.”

Although uncertainty surrounding COVID-19, compounded by the impact of an election year caused commercial aerospace to suffer enormous setbacks in 2020, 2021 is shaping up to be a transition year for the commercial aerospace sector. Passenger traffic dropped massively in 2020 versus 2019 — air carriers having suspended or reduced their flight schedule by 60-95 percent — and while activity rebounded slightly in the 3rd and 4th quarters of 2020, the recent resurgence of the pandemic and continued customer uncertainty will likely keep transactions in check for most of the year.

And although the distribution of effective vaccines against COVID-19 could result in short-term growth in passenger traffic due to pent-up demand, industry leaders argue whether it will offset the ongoing damage to business travel, as virtual meetings are expected to continue to substitute in-person meetings for the foreseeable future. The damage has been substantial and many industry stakeholders predict a recovery to 2019 activity levels will take, at best, 2 to 3 years.

The path ahead for the aviation industry will be bumpy, with hopes of returning to travel dependent on the pace of vaccine distribution, access to capital, legal  policies, and the unpredictability of a virus that we still do not fully understand. According to a report by Deloitte in October 2020, 81% of consumers surveyed said they are unlikely to take a domestic flight for leisure in the next three months, and 85% responded they are unlikely to fly internationally in that period. That is quite the decline for an enterprise that takes passengers on the equivalent of 208 million annual trips around the globe.

This isn’t the first time the commercial aerospace industry has been profoundly shaken by world events, however. In the wake of the 9/11 attacks, customer demand dropped and significant changes and investments were needed to rebuild consumer confidence to get passengers (and planes) back into the air. While COVID-19’s impact on aviation is far greater than that experienced after 9/11, recovery will again require understanding customers’ changing expectations and demands before making new investments.

Post-pandemic recovery for commercial aerospace will require a new level of cooperation across airlines, airports, air navigation organizations, security agencies, support services, partners, commercial and retail services, regulators, and customers. It will also require greater data collection and sharing, and more investment in digital technologies needed to make sense of that data. It will demand agility, flexibility, and innovative thinking in every area of the industry.

“I think it is going to get worse before it gets better.”

Most Original Equipment Manufacturers (OEMs) and suppliers have already taken immediate steps to deal with the short-term impacts of the coronavirus by cutting costs and temporarily shutting down manufacturing plants. According to an article by Barron’s, Boeing, which has cut tens of thousands of jobs amid its struggles, delivered just 157 planes last year, down 59 percent from 2019. The company’s backlog at the end of 2020 stood at 4,223, down from nearly 5,900 planes at the end of 2018, when the airline industry was still in growth mode prior to COVID-19 and the MAX was still flying. In 2019, Airbus set a new annual record for the industry, delivering 863 jets; for the first four months of 2020, it delivered just 136, running at about half of the prior year’s pace. Embraer, meanwhile, suspended its financial forecast for the year altogether due to uncertainty about the economic impact of COVID-19.

Industry stakeholders agree that the next six to 12 months are a critical period in which to prepare for the recovery, and could represent an opportunity for commercial OEMs and suppliers to make much-needed changes. Rather than simply focusing on cost/labor cuts, OEMs and large suppliers should also make needed investments in the future, in four key areas: Modernizing Technology, Supply Chain Stabilization, Workforce Streamlining, Sustainability Focus and Efforts

Commercial aerospace lags behind other industries in terms of applying digital tools to create value. In percentage of sales, the aerospace industry has one of the lowest amounts focused on innovation, at roughly 4.1%. This hasn’t meant that companies in the sector haven’t been effective with their spending; rather, much of this has been focused on low-risk, high-impact technologies that have been received well in the majority of markets like artificial intelligence, sensory technologies, and robotics. However, larger-scale digital transformation is relatively rare.

OEMs and major suppliers can benefit from investing in digital throughout their organization. The most relevant need is in upgrading how companies design and develop new aircraft. Digital tools such as data analytics and artificial intelligence can dramatically accelerate the development process — making organizations more agile and responsive in dealing with dramatic changes in order volumes.

In addition, digital investments will enable decision-makers to capture data and glean insights from it, leading to better decisions. Data applications can also improve performance internally in areas such as operations, production, assembly, and maintenance, repair, and overhaul.

“The actual scope of human behaviour – the preference for travel?
Nah, it’s not going to change.”

Tier 1 suppliers like General Electric and Rolls Royce have reduced capacity by up to 30%, but since they all are part of larger, diversified companies they will likely survive. Conversely, the thousands of smaller, aerospace-exclusive suppliers that sit below them have, in many cases, rewired their organizations to support a single OEM. Without significant support, they are likely to sink, which will trigger subsequent risks and vulnerabilities up the supply chain. The financial struggles of these smaller suppliers may also force long- and much-needed consolidation within the lower tier supplier base.

To support these suppliers to the extent possible, in part by working with governments and industry associations. Internally, OEMs and Tier 1 suppliers should conduct a diagnostic of all suppliers for a given airframe or component, and rank them based on their relative risk. Assembling this information in a dashboard can ensure that everyone’s view of the status of suppliers is always current despite changes in the environment.

In 2020, the IATA reported an estimated 25 million jobs supported by air travel are at risk as a result of the crisis. Many organizations have diminished and became more distributed in past year, which will continue in 2021. Leaders should be on top of adjusting the size and skills of their workforce to remain efficient and become better equipped, with the digital skillsets needed to withstand a more challenging, virtual future. Manufacturers have also moved quickly to innovate ways of streamlining the workforce such as changing shifts, ramping up automation initiatives and re-imaging worker movement on the floor to keep employees safe and production going with less.

Another way to keep your workforce apprised for recovery (and even growth) is to launch targeted and intentional upskilling programs for your core function employees as part of a sustained culture change that adopts new ways of learning to keep pace with technological change. This would also be an opportune time to improve non-core employees’ digital fitness. This type of digital upskilling adds to an employee’s ability to be agile and remain relevant as these disruptive times continue. And, ever as important, applying “empathy protocols” to your day-to-day procedures will help boost workforce morale as your organization moves through the phases of COVID recovery.

There was growing pressure on the airline industry to become more sustainable—particularly with regard to reducing CO2 emissions—well before the pandemic hit, and the trend towards increased sustainability with only intensify after it. People are already skeptical about flying during the pandemic, which only increases their sensitivity to other issues affecting the industry, such as sustainability.

Despite government support for accelerating CO2 reduction, the billions of dollars required for these development projects are an additional burden for an industry already in financial distress. However, if the aerospace industry works to push sustainability to the next level now, it can emerge from the crisis stronger and more competitive.

Though the COVID-19 crisis has had a devastating impact on the commercial aerospace industry, it can also be viewed as a catalyst for long-needed change. Aerospace companies should look at these disruptive times as an opportunity to take necessary steps for stabilization and streamlining their internal operations, and emerge stronger from the crisis.

At Powers, we recognize the need for manufacturers and supply chain workers not only to respond quickly to the challenges brought on by the COVID-19 crisis, but to also be prepared to normalize production when crises wane. Which is why we have implemented the Optimized Start-Up Program; a low-cost, high-value solution that enables your organization to deploy a small crew of industry trained experts and front-line leadership strategists to assist your team with an efficient and effective startup of new or existing production operations within your facility or factory. 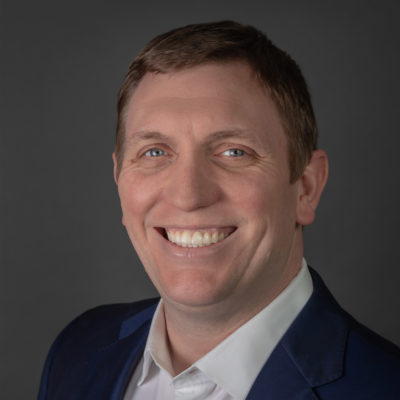 Sean Hart is an industrial engineer with a background in manufacturing supervision and project management. Sean’s background is in improving overall plant efficiencies and implementing Lean techniques to improve processes.